Myntra logo undergoes a change! Nowadays, where woman empowerment is take place to give woman equal rights to woman as they are contributing a lot in society in every aspects.

Why Myntra Logo catches the attention after a long period of time?

Naaz Patel, who works at Avesta foundation NGO (basically for Senior citizens) filed a FIR in December 2020 against Myntra a popular E-commerce company, as she finds that the logo of the company is “Offensive” towards women out there. And its not show any positive sign towards feminism.

As the company officials took that under consideration and changed its logo already.

Did we really see the logo in that way before?

As a person, I do shopping with Myntra and never see their logo in that way. So, the question is if we use to think that way then there are lots of things that resembles something to be offensive not just towards women also towards men.

The thing is teens out there who are now seeing something wrong in lots of things?

“Just take a example” Tesla logo! or Bjyu’s logo! what does these logo resembles, on social platform, there are lots of memes that will represent hundred’s of logo offensive for some.

What’s my thought on Myntra Logo!

First of all we should appreciate myntra to take a quick response on it and changes it logo as of now people do start seeing what they filed in FIR. To be honest, it just not about Myntra or that lady only, this shows how people getting too sensitive or getting offended easily. I saw one of her video on Youtube, she said we know how our body looks and on big screen it clearly resembles that thing only but taking it out into public eyes as it changed the mindset of youth completely, they starts finding offensive things to participate into this.

No, but still my question what about the other big brand logo’s memers out there making memes on, and yes those logos are also seems offensive to women and men also.

I also don’t think that Myntra made that logo intentionally, as no one want to put offensive things in their brand name as they represents themselves on a very large scale and also popular enough.

I was checking on Avesta foundation but you can clearly see in the image below how people is showing their outrage by putting the ratings down 1 star only, some comment are also like “Your foundation name is offensive in my language”

I also found a comment that seems genuine to me like he/she understands the both side of  the coin as she is running a NGO and helping needy, like of lots of us not even think about it.

“Guys! As we know that she filed a complaint against Myntra logo, it might not correct to do that because it’s not seems like offensive it’s just a brand logo we have to see like that only if see, there are lot of logos which seems like that, but the way we sees it will appear…

Well it is really a sensitive topic to write and everyone has their own view, way of thinking and representing things, so don’t get offended if it not suits you.

Write your reviews in the comment section and lets us know what do you think about it.

Any kind of suggestions are gladly accepted.

Nice concept and people are way too sensitive nowadays 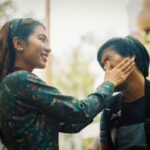 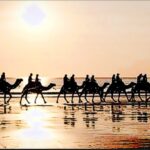