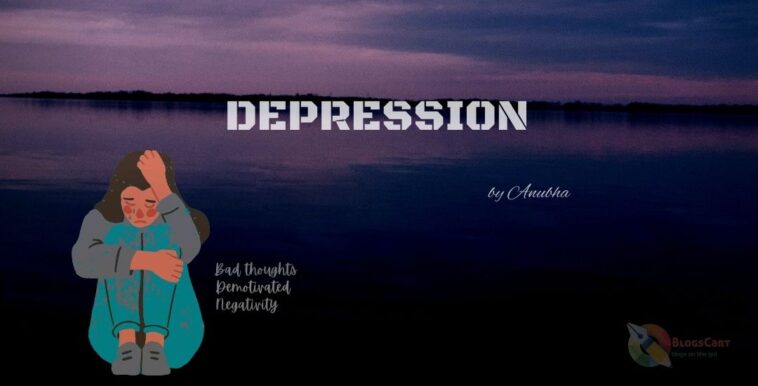 What is depression and its types by Anubha Updadhyay, don't forget to share it with your friends and family.

Very few people know that the other name of Depression is common cold disorder which means it’s very common for people to show some depressive episodes when they face any sad events in their lives.

Depression is persistent and long terms changes in mood which are generally low moods and is seen by loss of interest in daily activities, feeling of hopelessness, worthlessness and helplessness, losing total interest in activities once very interesting and pleasurable to them, Major changes in apatite is seen, sleep pattern will also change i.e., there can be sleeplessness or over sleeping, the person feel lethargic and tired all day and night and feel very irritated and restlessness and feel like they are energy less.

Depression generally comes under the spectrum of mood disorder, mood disorder is disorder caused by changes in mood which severely affect the person’s socio-occupational functioning as well their inter-personal relationships, it is severe high and lows in moods which deteriorate the person’s overall life functioning and well being.

It comes under the “lows” felt by a person and can be divided into two categories named Major depressive disorder and Dysthymic disorder.

Major depressive disorder include one or more episodes of Major depression where the individual feel despair, dejected and feeling of extreme unhappiness and withdrawal for continuously at least 2 week and they also feel empty, hopelessness and worthlessness, chest pain, back pain and headache without Medical reasons also suicidal ideation and Suicide attempts are result prolonged depressive thoughts and all the Behavioural, physical and emotional problems and symptoms described above is seen in Major depressive disorder.

According to DSM 5 which is a diagnostic and  statistical manual of mental disorder which is used by mental health Professionals, the Dysthymic disorder is now replaced as the name of persistent depressive disorder.

And other than these two some more disorders which show some symptoms of depression but not really comes under spectrum of depression and are newly added in the manual which is used by mental health Professionals are Disruptive mood regulation disorder which is generally seen in children and adolescent where they feel persistent anger outburst and difficulty in regulating their mood, and this affect their overall social and occupational functioning. The another one is Premenstrual dysphoric disorder which is seen in women before in or after their menstrual period in which they feel extreme emotional changes and suicidal ideation due to hormonal changes in body and which in turn also disrupt their inter-personal relationships and socio-occupational functioning.

According to Researchers factors that predispose to depression is genetic Makeup is some heredity factors which people received from their ancestors can increase the chances of feeling depressive, another is gender i.e., in many researches it was shown that women are more prone to depression in comparison to men as they more emotional and sensitive. Third factor is age i.e., there is a certain age for both male and female to show greater chances of depression, women are more at risk of depression in their young adulthood whereas men are more at risk in their middle adulthood.

From talk therapy to biomedical therapy to electro convulsive therapy there are many therapies available for depression and the mental health Professional chose the therapy by looking at nature, severity and efficacy of therapy in accordance with their client’s need.

These include Psychotherapies such as Psychoanalysis, Behaviour Therapies, Cognitive Behavioural Therapies, etc.

In this high voltage electric currents are given to patients through electrodes to stimulate some areas of the brain. They are not regular normal treatment and only given when drugs are not very effective. Another treatment is Transcranial Magnetic Stimulation. It is a coil shaped electromagnetic machine placed on the skull and electric currents are passed on the prefrontal cortex for treating depression, it is a very effective and safe treatment of depression.

There are also other sort of alternative therapies widely used such as Meditation, Yoga, Asanas, Pranayama, acupuncture, herbal remedies etc, Some Yogas which are widely used all over the world is Sudarshan Kriya Yoga which is very effective in treatment of depression as well as other disorders, another are Kundalini Yoga and Vipassana meditation.

You should also checkout Stress Management if you find this article helpful.

Let us know what do you guys think about it, in comment section below.

Thank you so much!

What is Mental Health? Why is it Important by Shivangi - Blogscart - BlogsCart 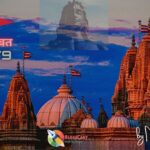 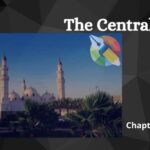