Checkout handpicked notes of NCERT class 10 History chapter 1 notes (The Rise of Nationalism in Europe) by Vibha Madam, and don’t forget to share your valuable comments in the comment below to motivate our author.

Sponsored by Get Fast Packers and Movers

Frederic Sorrieu and his visualisation

The French revolution and the idea of nation

The making of nationalism in Europe

Objectives of Treaty of Vienna

The revolution of liberals 1848

The Strange case of Britain 1707 (Unification of Britain)

Thankuu mam for notes …these notes makes history easy to understand as well as interesting!

Thanku Mam For these notes. I appreciate your efforts to extend these notes by sharing it with us.

I appreciate your efforts by sharing these notes it with us.Thanku Mam

Thank you so much mam for this notes 🙏

Thank you mam for provide us these notes . It is easy to understand.😊😊👌👍

Thank you mam . For providing us such an easy and effective notes.

thanks for providing notes

Thxs mam, these notes make me comfortable to understand and learn better.

Thank u mam 4 these fabulous 😍😍notes. They r easy 2 understand and the entire chapter is covered so easily😄😄. I appreciate ur efforts … Thanx a lot….😇😇

thanks for providing some really simple and in detailed notes

Easy to understand these notes

thankyou maam for the notes, awaiting for next chapter notes

Thank you mam for these notes..It makes history easier…

your notes make the chapter easy to understand

A total of 15 people

I was shocked when I saw 1-2 people I never expected ?? 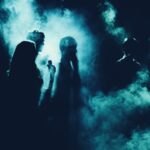 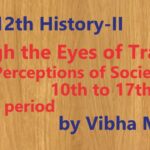