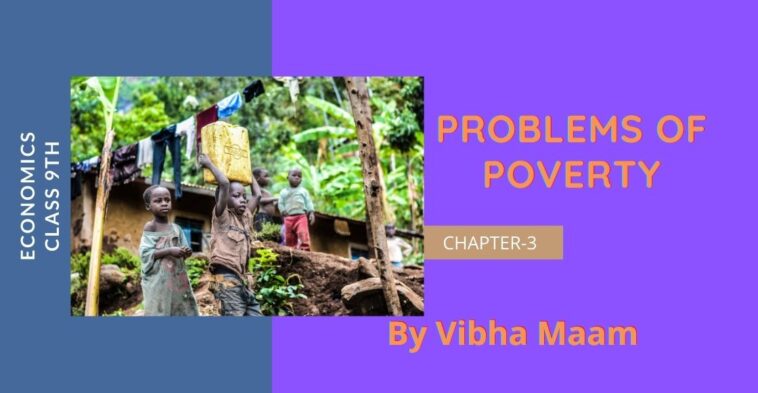 Checkout handpicked notes of NCERT class 9th Economics Chapter 3 Problems of Poverty notes by Vibha Madam and don’t forget to share your valuable comments in the comment below to motivate our author.

Poverty is a situation in which a person is unable to fulfill their basic needs like food, clothes and shelter.

Poor people are in  this situation in which they are ill- treated at almost every place in farms, factories, government-offices, hospitals, railway stations, etc.

When a large section of the people in an economy are deprived of these basic necessities that economy is said to be in mass poverty.

Poverty line is a line which indicates the level of purchasing power required to satisfy the minimum need of a person.

World Bank uses a uniform standard for measuring global poverty line:- Minimum availability of the equivalent of $1.90 per person per day.

Poverty and occupation both are co-related.

The Poorest States:- Chhattisgarh and Jharkhand.

The proportion of poor people is not the same in every state. but some states like Kerala, Jammu and Kashmir, Andhra- Pradesh, Tamil Nadu, Gujarat, Punjab and Haryana have succeeded in reducing poverty.

There are various policies, measures and programs which have been adopted by the government to remove poverty like:- 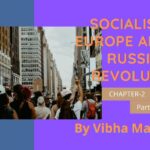 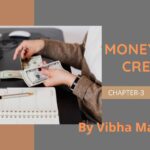