Checkout handpicked notes of NCERT class 10th Economics Chapter 3 Money and Credit notes by Vibha Madam and don’t forget to share your valuable comments in the comment below to motivate our author.

Money as a medium of exchange

Anything can be money which has common acceptability as the means of exchange and measure and store of value.

Money can easily exchange for any commodity or service. Money eliminates the need for double coincidence of wants.

Money acts as an intermediate in the exchange process.

Different phases of Medium of Exchange

Ancient phase- Barter system, where goods are directly exchanged with other goods but ‘double coincidence of wants’ is the essential feature of this system. Grains and cattle were used as money before the introduction of coins.

Modern phase- Use of currency like paper notes and plastic money. it is accepted as a medium of exchange because it is authorized by the government of India.

Depositors can withdraw their money whenever they require. Therefore these deposits are called ‘demand deposits’.

A cheque is a paper, instructing the Bank to pay a specific amount from the person’s account to the person in whose name the cheque has been issued.

Credit ( Loan) is an agreement between the lender and the borrower in which the borrower promises to pay the landers in the future.

People take credit from different sources which can be grouped into two :

RBI supervises the functioning of formal sectors of loans. It also monitors the banks in maintaining cash balance. These sources offer cheap and affordable credit with common terms of credit for all and they charge less  interest rate.

This  credit  is provided by traders, moneylenders, employers, relatives, friends, etc. There is no organisation for supervision of credit activities. The interest rate of informal loans is much higher than the formal sectors. terms of credit are flexible.

Self-Help Groups (SHGs) for the poor

thanks maam for providing points to points notes 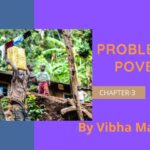