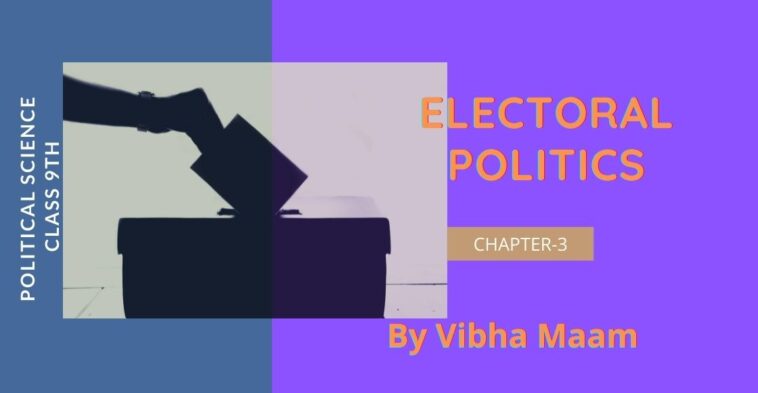 Checkout handpicked notes of NCERT class 9th Political Science Chapter 3 Electoral Politics notes by Vibha Madam and don’t forget to share your valuable comments in the comment below to motivate our author.

For elections the entire country is divided into fixed electoral areas with a  body of registered voters. These areas are called constituencies and elected representatives called an MP (member of parliament).

The number of people can’t sit together everyday and take all the decisions. Everyone does not have the time and knowledge to make decisions. This problem can be solved through regular election which is a democratic way to select representatives. without election a democratic government cannot be set up.

i)  Announcement of dates

ii) Nomination by the candidates

Educational qualifications are not relevant to all kinds of jobs. qualifications should not be necessary for the candidates having to fight elections.

Relevant qualification for being MLA or MP is the ability to understand  people’s concerns,  problems and the way to solve them.

The procedure of the nomination

Regular electoral competition provides incentives to political parties and leaders. if a political party is motivated to be in power, even then, it will be forced to serve  the people.

Due to this, those who are in power take only those decisions which are approved or liked by the common people.

They know that if they raise issues that people want to be raised, their popularity and chances of victory will increase in the next elections.

The hope for winning the next elections induces the losers or the opposition parties to raise the issues related to the common people.

or Challenges faced by the Election System

Common man in India related himself to elections

Powers and functions of Election Commission 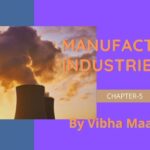 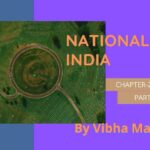