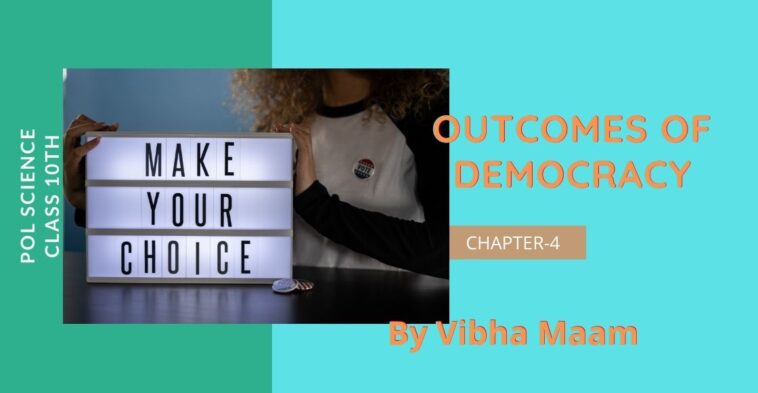 Checkout handpicked notes of NCERT class 10th Political Science Chapter 4 Outcomes of Democracy notes by Vibha Madam and don’t forget to share your valuable comments in the comment below to motivate our author.

How do we assess Democracy’s Outcomes?

Democracy is the best form of government than that of other alternatives because it promotes equality among citizens, quality of decision making, dignity of the individual, and provides a method to resolve conflicts, also allows room to correct mistakes.

Democracy seems good in principle but not good in actuality. Over 100 countries of the world today claim and practice some kind of democratic politics as they have formal constitutions, they hold elections, they have parties and they guarantee rights of citizens.

Democracy is only to create conditions for achieving something, the citizens have to take advantage of those conditions and achieve those goals.

i) Reduction of inequality and poverty

iii) Dignity and freedom of the citizens

Expectations from democracy also functions as criteria for judging any democratic country. As people get some benefits from democracy, they ask for more and want to make democracy better.

Democracy transforms people from the status of a subject into that of a citizen.  today most individuals believe that their vote makes a change in the government and their lives.

Appreciable your efforts 👍👍❣️❣️keep it up mam☺ 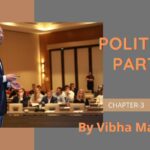 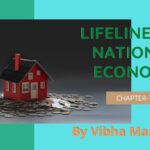