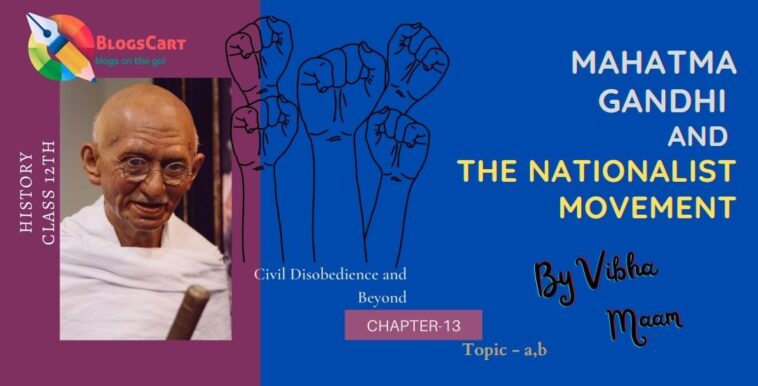 Checkout handpicked notes of NCERT class 12th History Chapter 13 Mahatma Gandhi and the Nationalist Movement Civil Disobedience and Beyond notes by Vibha Madam and don’t forget to share your valuable comments in the comment below to motivate our author.

Mahatma Gandhi and the Nationalist Movement by Vibha Maam

Gandhiji was the most influential, revered and respected of all the leaders of the freedom struggle. Gandhi’s political career was shaped by society.

A Leader announces himself

The INC now had branches in major cities and towns.

In 1916, BHU was founded  jointly by Pt. Madan Mohan Malviya, Annie Besant, Sundarlal, Prabhu Narayan Singh. He was invited on account of his work in South Africa.

The Making and Unmaking of Non-Cooperation

Between 1917 and 1922 a group of highly talented Indians attached themselves to Gandhiji. They include Mahadev Desai, Vallabhbhai Patel, JB Kripalani, Subhash Chandra Bose, Abul Kalam Azad, Jawaharlal Nehru, Sarojini Naidu, Govind Ballabh Pant and C Rajagopalachari. They were from different regions as well as different religions.

Gandhiji was as much a social reformer as he was a politician. When Mahatma Gandhi was released from prison in Feb 1924, he chose to work for promotion of khadi (homespun cloth) and the attention of untouchability. He emphasized on Hindu Muslim harmony and self-reliance. He stressed the significance of wearing khadi and boycotting millmade cloth. 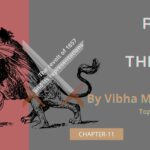 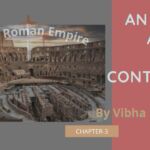